61 Districts of Country Under Locusts Attack:…

LORALAI: At least one policeman embraced martyrdom and five others got injured after a police line in Balochistan’s Loralai was attacked by unidentified armed assailants on Wednesday morning.

As per details, three unidentified attackers wearing explosive belts attempted to penetrate the police lines and two of them blew themselves up, martyring one police official.

The third terrorist was shot down by on-guard authorities who prevented the police line from further ravagement.

B-1 exams are being held at the Police Lines today and a large number of candidates were present. It is yet to be known if any candidate got injured. 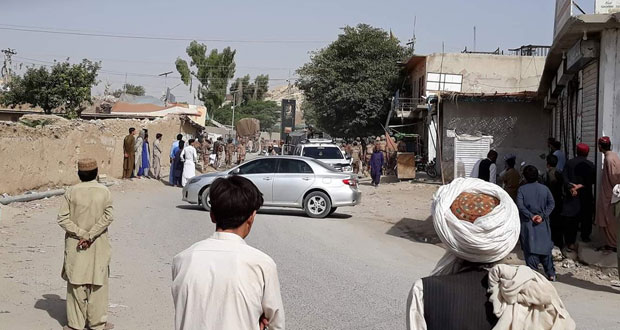 According to hospital sources, the martyred cop who identified as Allah Nawaz belonged to Dera Ghazi Khan.

Security forces have cordoned off the area and sealed all entry and exit routes near the police line.

Security has been on high alert across the federal capital after the event.