According to sources, the meeting will be jointly chaired by the chairman PPP Bilawal Bhutto Zardari and co-chairman Asif Ali Zardari. It is worth mentioning here that the Federal Council of the PPP is participating in the meeting for the first after the martyrdom of Benazir Bhutto.

More than a hundred members of the both governing bodies of the PPP will discuss the upcoming political situations of the country and will decide the future strategy of the party, the sources added. 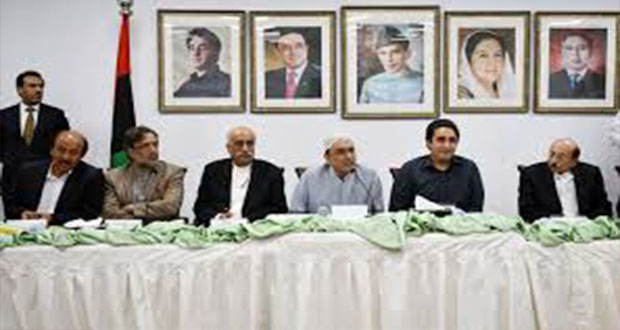 The party’s governing bodies will also discuss the cases of the National Accountability Bureau (NAB) on the party leadership. The discussion will also include forming a long-term partnership with other political parties particularly Pakistan Muslim League-Nawaz (PML-N).

PPP leadership will also discuss strategies to conduct a train-march from Rohri to Rawalpindi.

It is pertinent to mention here that the 40th death anniversary of the founder of the PPP Zulfiqar Ali Bhutto will be observed tomorrow at Garhi Khuda Bux.