CJP Orders To Set up 120 Accountability…

PESHAWAR: Prime Minister Imran Khan on Sunday taunted Chairman PPP Bilawal Bhutto Zardari and PML-N Vice President Maryam Nawaz after both politicians agreed on meeting over an Iftar dinner to form an alliance against the government.

Addressing Khyber Pakhtunkhwa cabinet during his visit to Peshawar, the Premier alleged opposition parties of attempting to blackmail the incumbent federal government.

“Bilawal and Maryam did not get tired of blaming each other of corruption charges and now, both are uniting over Iftar”, Prime Minister affirmed.

“Corrupt political mafia wants to blackmail on the basis of current economic crisis. I will never be unfaithful to the people of Pakistan”.

He added that the economy will improve once the country gets rid of ‘corrupt political mafia’.

The opposition is all set to meet in an Iftar dinner to be hosted by Pakistan People’s Party chairman Bilawal Bhutto Zardari on Sunday (today) in Islamabad. 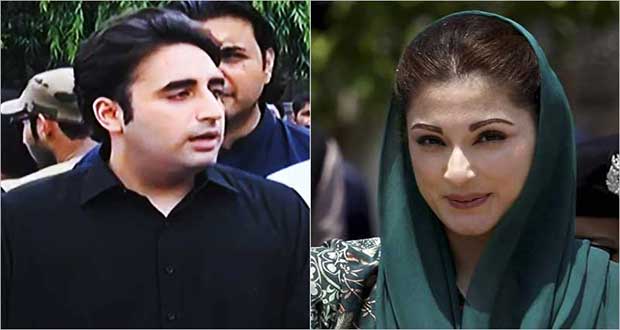 Sources confirmed that Maryam Nawaz, accepting his invitation, ensured him her attendance in the Sunday’s Iftar dinner.