Complete Lockdown Is Not A Solution: PM…

All Schools in Karachi To Remain Closed Today

Karachi (November 02, 2018): Sindh Government has decided that all Schools in Karachi will remain closed Today.

This was announced by advisor to Chief Minister on Law, Information and Anti-Corruption Murtaza Wahab.

He said notification will be issued soon.

Sindh Govt has decided that all Schools in Karachi will remain closed tomorrow. Notification will be issued soon

Private schools in the metropolis would remain closed today as well, said a statement by the All Sindh Private Schools Association.

According to IBA spokesman, the exams for job portal under the university have been postponed.

The supplementary exams under Punjab Secondary Education Board for Intermediate on Nov 2 and 3 have been postponed too, said the Punjab government spokesman, adding that new dates will be announced later.

The Swat University administration said that the papers scheduled for today have been postponed and new date will be announced soon. 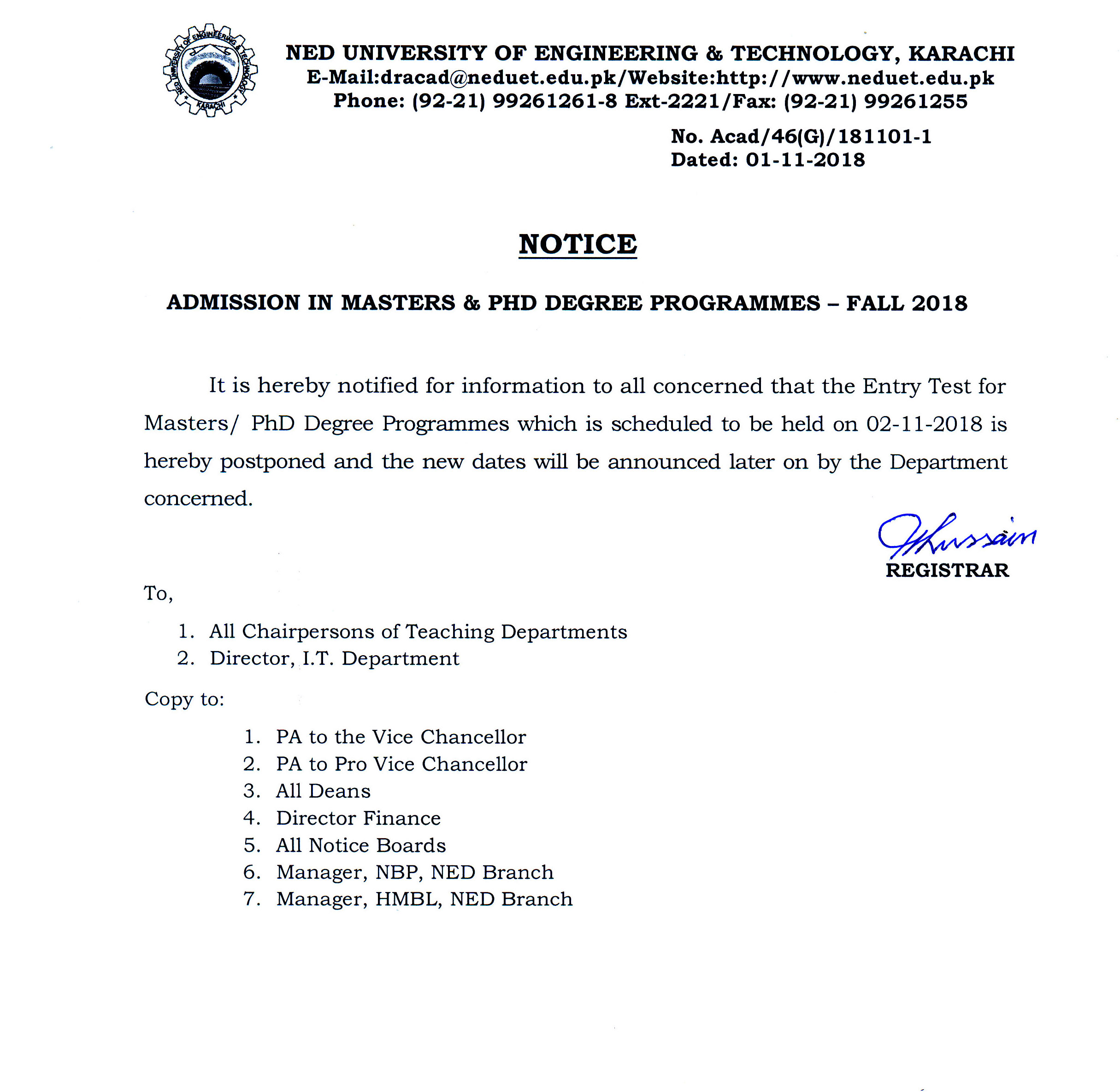 A notification has been issued for the postponement of the entry test.

According to the notification issued by the registrar, the new dates for the entry test will be announced later on by the departments concerned.

The All Pakistan Private Schools Association had announced that schools would remain closed today.

The decision to close schools comes as protests are taking place in several cities of Pakistan against the acquittal of Asia Bibi.

Schools To Remain Closed in SindhToday

Schools To Remain Closed on Chehlum in Sindh Today

Mobile Services in Parts of Punjab To Remain Suspended Today