Plotting Elements Will Not Be Spared: DG…

Deaths From Coronavirus Is On Rise Again…

Muskan Blast Can Be Terrorism Or Gas…

Quetta are already through to the playoffs, along with Islamabad United who beat Multan Sultans to seal their place in the playoffs. 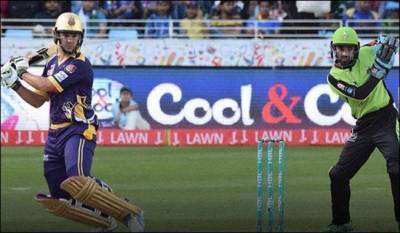 In eight matches so far, Sarfraz Ahmed’s XI has emerged victorious in five and lost three. With 10 points, Quetta are at second place, behind Islamabad (12 points).

Lahore Qalandars are already out of the race, but they will look to add some meaning to their PSL campaign with a third consecutive win tonight.

Hotspurs, England in Worries Due To Kane’s Injury