MULTAN: Foreign minister Shah Mehmood Qureshi has once again reached out to the opposition parties, inviting them to hold talks on the National Action Plan (NAP).

He called out prominent faces of the opposition including its leader and PML-N president Shehbaz Sharif to prioritize national interest over party politics.

“India is trying to shove off Pakistan into the blacklist from greylist. Differences are there but all must unite when it comes to national affairs”, concluded Shah Mehmood.

On Thursday, FM Shah Mehmood met prime minister Imran Khan where he asked was asked by the premier to address the reservations of opposition parties on the implementation of the National Action Plan (NAP). 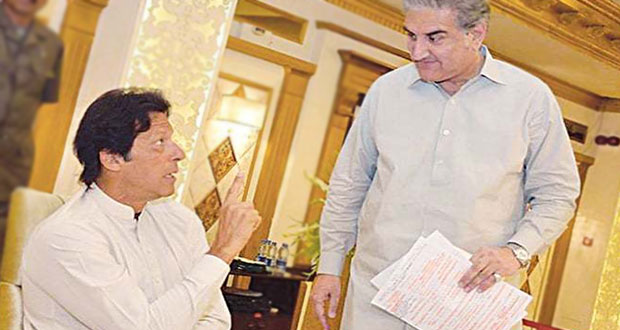 Prime minister also told the Qureshi that a letter will be issued to the opposition leader Shehbaz Sharif from PM office in this regard.

This came a day later after the federal government on Wednesday cancelled its consultative meeting scheduled on March 28 to discuss National Action Plan due to the absence of important political leaders of the opposition.

However, Moulana Fazlur Rehman and opposition leader Shehbaz Sharif excused from appearing in the meeting which led to its cancellation.