While addressing media at a breakfast gathering, Sheikh Rasheed said that a lot of breathtaking stuff will take place in a brief time.

“Corrupt mafia wants to flee the country after completing its looting bid. I have myself witnessed Shehbaz asking for NRO and green signal”, Sheikh asserted. 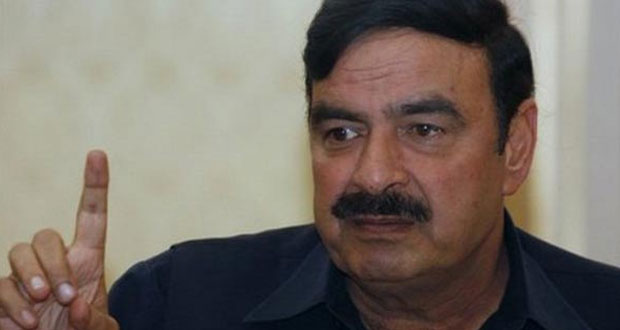 The senior politician, mentioning recent inflation, said that the public is still with Imran Khan despite price-hike in the cost of medicines and electricity tariff.

During his media talk, Sheikh Rasheed also lashed out at the Jamiat Ulema-e-Islam (JUI) President Fazal-ur-Rehman.

“Moulana Fazal-ur-Rehman and Sharifs are allies. Pakistan Tehreek-e-Insaf’s probable win across the Tribal areas has worried Moulana”, he added.