China To Provide Half Million Doses Of…

KARACHI: In a bizarre development on Saturday it has been revealed that a girl who died because of injection in a government hospital was allegedly raped by two men.

According to the medical report, two men allegedly raped Asmat and handed her an injection and advised to visit TB control center later on.

According to details, the victim was kept in the TB ward for three hours and later on they informed the administration and wasted the used injection and syringe. 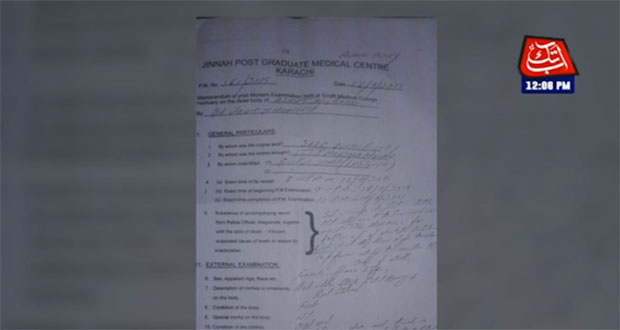 It has been revealed during the investigations that Asmat’s mother was informed that her daughter is admitted to Jinnah Hospital.

On the other hand, a case was registered by Asmat’s brother in Korangi’s Awami Police Station in which he nominated Dr Ayaz and another hospital employee named Shahzaib. As the said doctor prescribed the injection and the dispenser named Shahzaib injected the injection.

Only Brave Man Can Make Changes In Cabinet: Zartaj

Mother Of Chairman Apna TV Network Passes Away In Karachi