NAWABSHAH: A video obtained by AbbTakk on Saturday exposed the claims of Sindh government of its record development as it can be seen in the video that people are using the canal for shifting the body from one bank to another for burial.

As per details, a dead body is being taken through the canal for burial because of the unavailability of the bridge in the area in the village Suleman Bhugio of Nawabshah’s Daulatpur Tehsil.

A video obtained by AbbTakk has revealed that a dead body is being shifted to the graveyard by passing the canal. 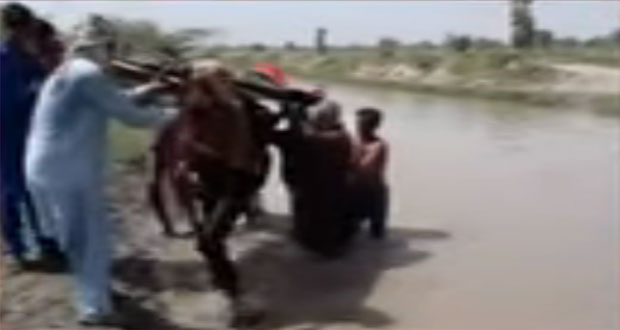 Residents of the area, however, have claimed that they have requested the authorities for constructing a bridge but it has been gone unnoticed till to date.