Chief Justice Gulzar Ahmed charing a larger bench of the SC at the Karachi registry along with other judges of the bench Justice Faisal Arab and Justice Aijaz Ul Ahsan heard the encroachments on nullahs case in Karachi. 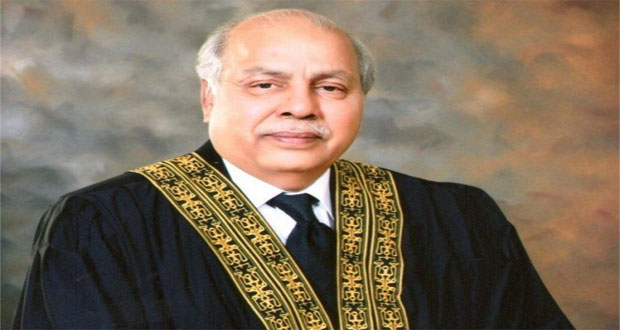 During the course of the hearing, Chief Justice expressed anger on the report submitted by the Commissioner Karachi while Justice Gulzar Ahmed remarked that the situation is worse from Kashmore to Karachi in the province.

“The city is flooded with water from gutters while people are running on stones,” said the CJ adding that “there is no road, electricity, water in the city while the Sindh government has completely failed while city administration doesn’t do anything either.”

Justice Gulzar Ahmed said,” mafias are ruling the city with an only aim of earning.”

The advocate general said” if we take action, the law and order situation gets created.” while he ensured that the encroachments from nullahs will be removed within two to three months.”