ISLAMABAD: Justice Azmat Saeed Sheikh, senior judge of Supreme Court of Pakistan, is all set to bid farewell to the judiciary as his tenure comes to an end on Tuesday (tomorrow).

Justice Azmat Saeed served as Supreme Court judge for seven years and was part of the bench which handled numerous high-profile cases including Panama case.

A full-court reference will be held at 11:30 am tomorrow to bid farewell to the senior Apex court judge.

A declaration issued by the top court stated that senior lawyers and judges will be attending the event. 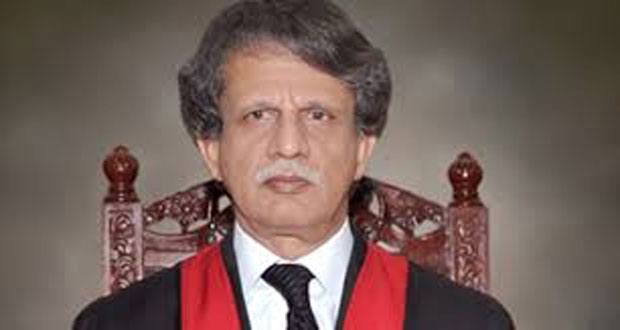 He was administered the oath by the then Chief Justice of Pakistan Justice Iftikhar Mohammad Choudhary.