Pakistan Will Keep Its Atomic Capabilities For…

At Least 40 Persons Injured in Rain-Related…

A staffer who works for Schumer called the White House on Monday and said the proposal, which Schumer put on the table during a Friday meeting with Trump, was no longer operative, the aide said.

Politico first reported that Schumer had taken the wall funding off the negotiating table.

Trump invited Schumer to the White House on Friday over lunch to negotiate a deal for a funding bill, which was being held up over a fight for commitments to address the expiring Deferred Action for Childhood Arrivals program.

The invitation came as a surprise to many of Trump’s aides. As is often his practice, Trump told few people of his plans to ask Schumer to the White House for talks. 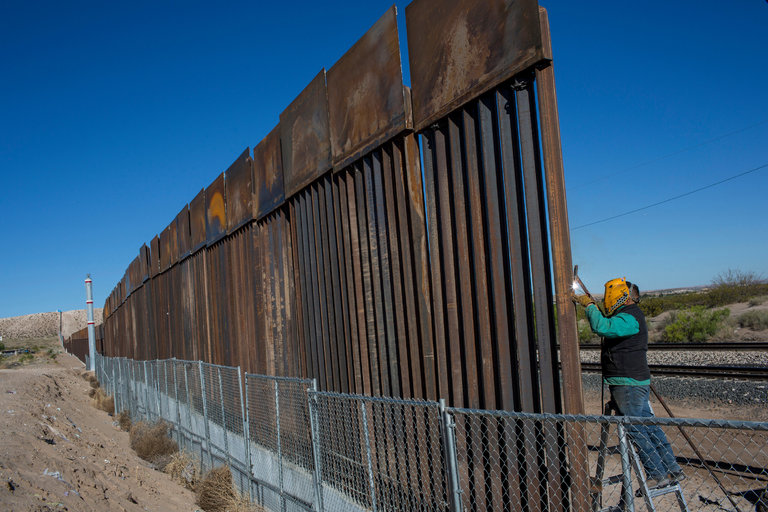 When they met, they discussed the consideration of military funding far above the White House’s request and, enticingly for Trump, full funding for Trump’s border security demands.

The border offer went beyond what was included in the bipartisan plan conceived by Sens. Dick Durbin and Lindsey Graham which Trump rejected earlier this month in vulgar terms.

“If he wants a solution, that’s a step backward,” he told reporters. Including funding for a border wall in immigration reform talks could push away liberal Democrats from supporting the long term funding, but attract conservative Republicans to getting behind a deal.

Sen. Patrick Leahy, who was among the Democrats voting against reopening the government Monday, said that either the Department of Homeland Security should pay for building the wall with its own existing budget or they can get Mexico to pay for it, a reference to an oft-repeated Trump campaign pledge. “They can pay for it out of there, if they think it’s so important,” said Leahy, the top Democrat on the Appropriations Committee. “Or they could do my other suggestion. He’s pledged, given his word, that Mexico will pay for it because he’s very good at the art of the deal and so on. Let’s just open up a special account, as Mexico pays in for the Trump wall, they can build it.”

During his speech on the floor Friday, Schumer said he reluctantly put the border wall on the table.

“In exchange for strong DACA protections, I reluctantly put the border wall on the table for discussion,” Schumer said at the time. “Even that was not enough to entice the President to finish the deal.”

As an example of the wing of the party that strongly rejected a wall, Democratic Rep. Filemon Vela of Texas released a statement on Tuesday slamming Senate Democrats’ earlier support of Trump’s proposal.

“It is becoming abundantly clear that Republican Leadership does not have — nor has ever had — any intention of allowing dreamers a pathway to citizenship,” he said in a statement. “I am confounded by the negotiating tactics of my fellow Democrats. Beyond the stupidity of offering unmatched concessions and negotiating against themselves, my colleagues have begun to refer to the border wall in the same way Trump’s base speak about dreamers and undocumented people.”