I Will Vote For Yousuf Raza Gillani:…

Imran Khan’s Government Is One Of The…

There Is No Future For Those Who…

Shab-e-Mairaj Being Observed Across Country

WEB DESK: Shab-e-Miraj-un-Nabi (Peace Be Upon Him) being observed across the country with religious fervour, great respect and devotion.

Muslims every year on Rajab-ul-Marajab 26 the night of 27th of Rajab (Islamic calendar) observe Shab-e-Miraj in which the Holy Prophet (PBUH) went on a special journey to meet Allah Almighty, crossing seven skies on the heavenly animal named ‘al-Buraq.’ 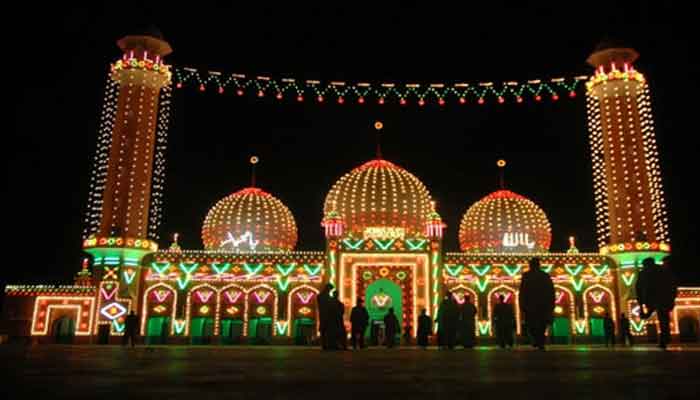 the gatherings, various Islamic scholars highlight the importance of the day and its blessings.

Different Islamic and socio-cultural organizations have also arranged special prayers and Mahafil in Mosques and other places on Wednesday night to seek blessings of the Almighty.

The word Meraj of Prophet Muhammad (SAW) is derived from Arabic word Urooj, which means ‘height,’ or ‘ascension.’

During Meraj, the command for five daily prayers (Salat) was also given to the Holy Prophet (PBUH).

Shab-e-Meraj, (night of forgiveness) is a glorious night, marking the Isra and Meraj of Prophet Muhammad (SAW) when he was taken from Makkah to Al-Haram-Al-Sharif (also known as the Temple Mount) and was then taken to heaven.

The purpose of the Ascent was to confirm the high status of the Prophet of Islam, a position which all Muslims believe, is impossible to attain by any other human being.