The appeal pleads the top court to reinstate Shahbaz’s name in ECL by nullifying verdict of Lahore High Court into the affair.

NAB, in its appeal, states that LHC’s decision is ‘incorrect’.

“Shahbaz Sharif is attempting to disrupt NAB’s investigation. There is a risk that Shahbaz Sharif may flee abroad or attain underground refuge to avoid probe against him”, the appeal stated.

It added that the Anti-graft body’s investigation process will halt due to absence of the suspects.

“Salman Shahbaz, another suspect in the case, has already fled abroad. LHC did not apprise which fundamental rights of Shahbaz were being affected with his name enlisted in ECL”, it added. 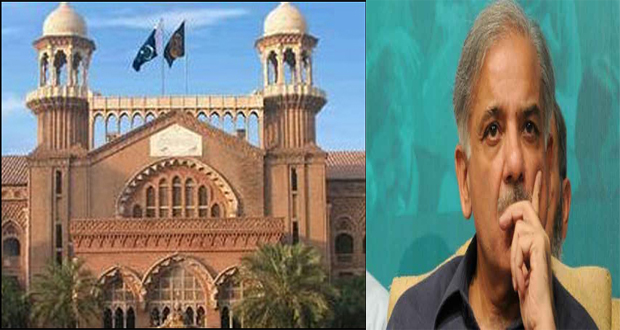 During the hearing, Shehbaz’s counsel stated that Shehbaz, whenever summoned, appeared before the Accountability Watchdogs.

When questioned by the court over ongoing inquiry in assets beyond known sources of income case against the PML-N president, lawyer briefed that NAB began the inquiry on October 23, 2018 over suspicious transaction into the account of Shehbaz Sharif.

“Even in Ayan Ali’s case, the court removed her name from ECL, however, Shehbaz’s name was put on the list right after his bail plea was approved. Seems like NAB is kidding with us, whereas Shehbaz came back to Pakistan, leaving her ailing wife behind”, the counsel stated.