World Should Hold India Accountable For Its…

39 Go Missing After Boat Capsizes in…

Shahiq Khaqan To Make His Fifth Appearance Before NAB Today

Meanwhile, NAB has written a letter to the interior ministry, proposing recommendation of placing Khaqan’s name in the Exit Control List (ECL).

In the letter, the Accountability Watchdogs held the point of view that former premier Shahid Khaqan’s name should be put on ECL since he is under investigation in the LNG scandal case.

However, Khaqan, despite being instructed by NAB’s team to bring alongside him the documents pertaining to LNG case, failed to comply.

Moreover, the former premier also handed over the answers to the questionnaire handed to him previously which comprised of 70 questions.

Sheikh Rasheed appeared as a witness before an investigation team of the accountability watchdogs as inquiry in the LNG case is underway on Chairman NAB Javed Iqbal’s directives. 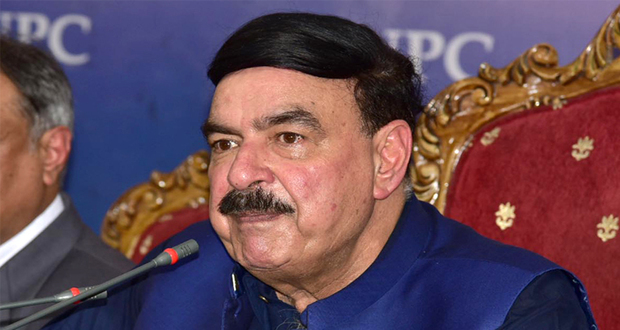 During his appearance before the team, Sheikh’s statement was also recorded.

“Shahid Khaqan Abbasi, expressing partiality, gave approval for the contract. My case is very simple and solid. I have told NAB team that my intentions are pure”, said Sheikh.

“I had already challenged Shahid Khaqan Abbasi. I have handed all evidence to NAB today”, concluded Railways minister.

One Dies as Truck Hits Motorcycle in Multan