There Is No Alternative of Parents: CM…

Sheikh Rasheed Vows To Bring Asad Umar Back In Cabinet

LAHORE: Federal Railways Minister Sheikh Rasheed on Saturday said that the attempts of Zardari and Nawaz will fail as they have no future in politics, Imran will be re-elected.

As per details, addressing to a press conference in Lahore he said that he has never wished for any position. It is the role of captain to select his team and place them in the right positions. We have to follow the captain.

He said, “I can swear to God that Imran is an honest and hardworking man.”

“When Imran assumed charge the treasury was empty,” he added.

“I can never imagine that Imran has replaced Asad Umar,” he further said. 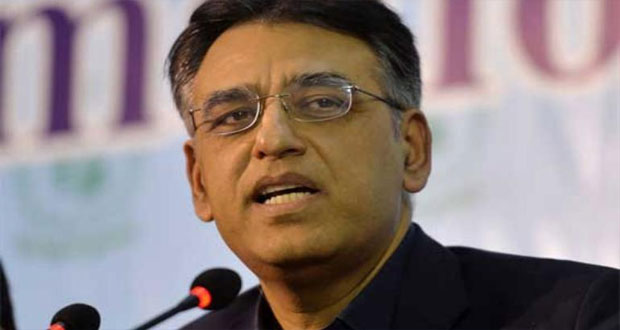 “Only one minister was removed and one resigned himself. What can Asad Umar do with an empty treasury? I will request him to rejoin the cabinet personally,” said railways minister.

“Imran will complete his tenure and will be re-elected,” he further said.

“The efforts of Zardari and Nawaz will fail as they have no future in the politics,” he concluded.

First Death Of Ongoing Season Due To Naegleria, Reported In Karachi