Negligence in Provision of Healthcare Facilities Will…

KARACHI: Chief Minister of Sindh Syed Murad Ali Shah has said that the provincial government will not allow any provision of land to Federal government for its recent agreement on ML-1 Railway project with the Chinese government.

While replying to address of Opposition leader in Sindh Assembly during the house session, Murad Ali Shah stood firm against one of federal government’s recent agreement jointly agreed upon with Chinese government during Prime Minister Imran Khan’s four-day visit to the country.

“Sindh government will not be hand any land to central for their ML-1 agreement”, he affirmed, adding that land allotment in the province will only be allowed if federal government wishes to commence work on Karachi circular railway.

The Sindh Assembly session which began at 3 pm ended at 12 pm, making it last for enormous nine hours owing to long addresses of provincial ministers as well as leaders of the opposition. 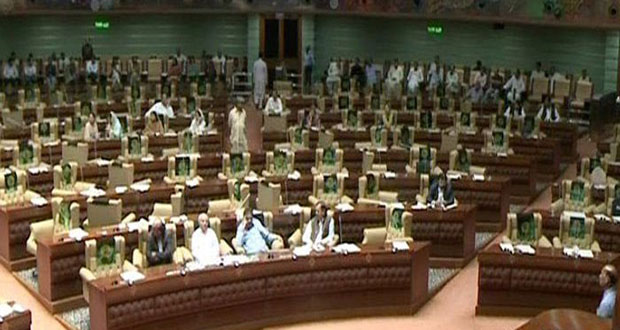 During the session, Opposition leader kept on lashing out at Pakistan Peoples’ Party (PPP) stalwarts, terming their progress as ‘zero’.

Harsh words were exchanged between government and opposition members on the issue of urban division of Sindh.