Our Three MPAs Are Frightened : Sheikh

Senate Polls To Be Held Through Secret…

Bilawal To Host Dinner Ahead of Senate…

KARACHI: Sindh Cabinet on Thursday expressed concerns over the lack of provision of funds from the federal government.

As per details, Sindh CM Murad Ali Shah chaired a meeting of his cabinet which was attended by the provincial ministers, advisers, special assistants and secretaries.

The CM was told during the meeting that the federal government has reduced the amount of funds by Rs269 million in the previous nine months.

To which, Sindh CM expressed his concerns and said that if it will continue we can barely manage the expenditures of salaries and cannot carry out the developmental projects in the province. 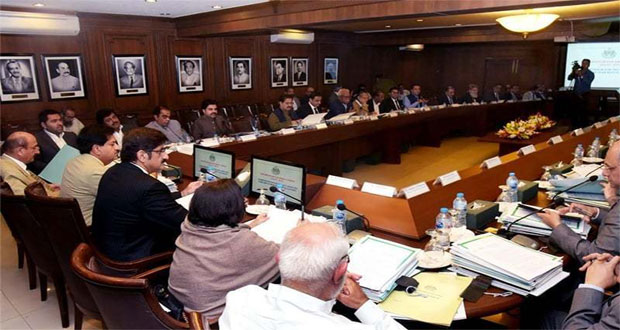 Sindh CM also reviewed the strategy about the preparations of budget preparations during the meeting which are facing delay because of the shortage of funds.

Tri-Nation Talks For Afghan Reconciliation Process To Be Held Today