Pakistan Raised Voice For Kashmir at Every…

Colombo (April 13, 2018): Sri Lankan President Maithripala Sirisena on Thursday suspended parliament for nearly a month, an unexpected move that comes as a power struggle deepens between him and his unity government’s prime minister.

A decree released by the government quoted the president as stating that, under Article 70 of the island’s constitution, he had discontinued parliament “with effect from midnight” of April 12. 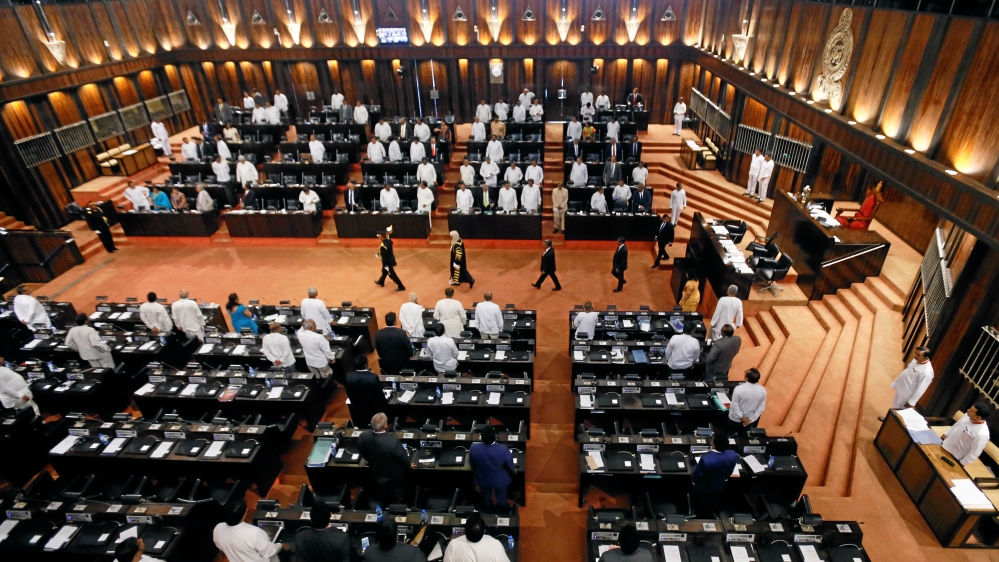 In recent weeks, Sirisena has reduced the responsibilities of Prime Minister Ranil Wickremesinghe, removing from his control the central bank, the policy-making National Operations Room and several other institutions.

Earlier in the day, six ministers quit Sri Lanka’s troubled coalition government. The prime minister’s United National Party had increased pressure on the followers of President Maithripala Sirisena — who voted against Wickremesinghe in a recent no-confidence motion — to resign.

With the help of minority Tamil and Muslim parties, the premier defeated the motion, dealing a blow to Sirisena, who had campaigned for Wickremesinghe to stand down.

Those who voted against Wickremesinghe “have no moral right to remain in government”, Petroleum Minister Arjuna Ranatunga said.

Security Beefed Up in Islamabad As TLY Disrupt Life in Lahore

TLY Calls Off Sit-Ins After Successful Dialogues With Govt