Bakhtawar Bhutto To Be Engaged Today

Shahbaz, Hamza To Be Released On Parole…

SSC Paper ‘Leaked’ For Third Day In A Row

KARACHI: It has been surfaced on Wednesday that the educational boards are helpless as the papers are continuously being leaked throughout the province in Secondary School Certificate (SSC) examinations.

As per details, the third consecutive paper was leaked on social media as educational board found it tough to curb the copy culture and the mafia behind it in Sindh. Sources revealed that biology papers were leaked in Sukkur and Ghotki regions that completed the hat trick of leaked papers in the province. 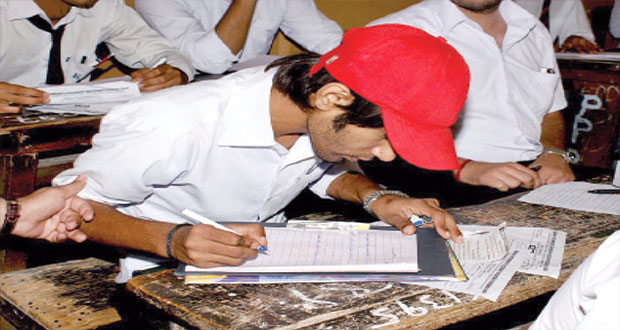 It has also been surfaced that teachers, invigilators and externals are all helpless to stop the students from bringing mobile phones in the exam center and that was the prime reason behind the leaking of the papers.

Earlier, the Secondary School Certificate (SSC) Part-II paper of English was leaked in Sukkur and Khairpur and was available on WhatsApp.