Islamabad (April 26, 2018): A petition that was filed by Pakistan Tehreek-i-Insaf leader Usman Dar on 10 August 2017 against the Foreign Minister Khawaja Asif  in Islamabad High Court has come to an end and a final decision would be announced in the case today.

Here is the timeline as to what happened in the case from 10 August 2017 till today.

10 August 2017: Pakistan Tehreek-i-Insaf filed a petition in the Islamabad High Court seeking disqualification of the key PML-N leader and MNA Khwaja Asif over concealing his foreign job through which he received salary, a UAE Iqama and carrying out money laundering.

18 September 2017: The Islamabad High Court bench headed by Justice Aamer Farooq reserved its verdict on maintainability of the case and later formed a larger bench to hear the case.

07 October 2017: Khawaja Asif was directed from the court to submit reply in the case and the bench remarked that being a foreign minister, he was not entitled to held a second job.

13 November 2017: Khawaja Asif submitted his reply in the case and said that the applicant had concealed information in the plea as he had used all of the options to disqualify him till the apex court but every time his requests were rejected. The foreign minister said that by forming a larger bench he was deprived of his right to appeal in the case.

The court accepted the plea and issued notices to the Election Commission of Pakistan and secretary National Assembly.

24 November 2017: Khawaja Asif accepted his Iqama in the court and said that he acquired it in personal capacity and similar objections were raised in election tribunal which rejected it. 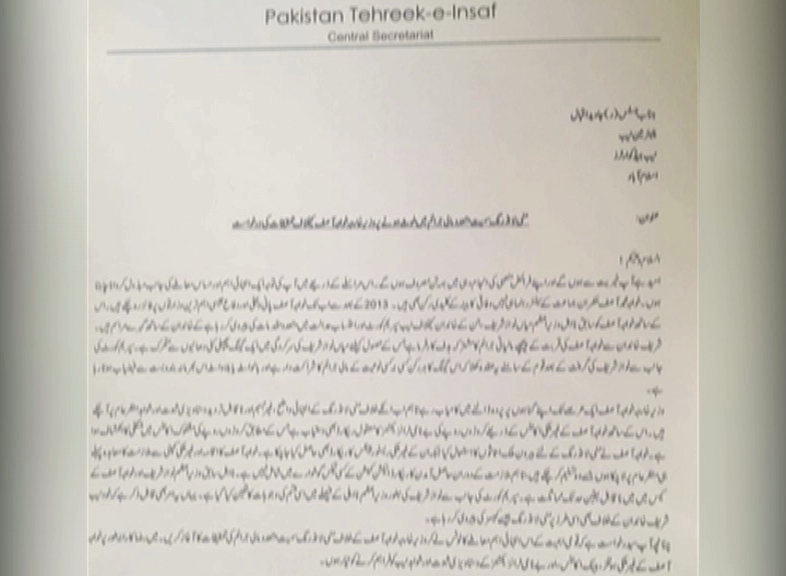 The letter penned down by PTI member Usman Dar says that Asif is involved in money laundering and financial crimes.

It maintains that irrefutable evidence of money laundering are present as millions of rupees have been transferred to the minister’s and his wife’s foreign accounts.

Suspected and unidentified transactions have been made to the foreign accounts, adds the letter.

27 March 2018: Islamabad High Court formed a new bench in the disqualification case against the foreign minister Khwaja Asif and it would be led by Ather Minallah. Justice Mian Gul Hassan rescued himself from the court proceedings citing personal reasons.

The court formed the new bench and fixed the proceedings of the petition filed from PTI leader Usman Dar on April 5.

Asif had submitted company’s letter and additional documents. The letter states that full-time presence of Khawaja Asif wasn’t mandatory under consultation agreement. “Consultation from Kh Asif was either sought through telephone or during his visit to Dubai”, read the statement of the letter. The company further stated that its legal member was ready to appear before any court in Pakistan in Kh Asif disqualification case.

Taliban Should Play Their Role for Rebuilding Afghanistan: Sullivan