Toppling Governments Is Not The Solution, Says Qureshi

ISLAMABAD: Foreign Minister Shah Mehmood Qureshi on Friday asserted that the solution to everything is not by toppling governments, but by providing the government duration of five-year tenure like previous ones.

Commenting on recent inflation and the backlash faced by the federal government over the issue, the foreign minister said that no one can unravel these issues overnight.

“We are taking steps due to which change will come in future and some change is being observed even now. There’s a certain time lag, once it passes, country’s exports will also increase”, he added.

Shah claimed that the Pakistan Tehreek-e-Insaf (PTI) led-Government is facing issues in settling the country’s affairs due to the incompetence of previous governments.

“Once investments begin pouring in, the issue of unemployment will begin to diminish. Correcting the affairs is our responsibility and Insh’Allah (God willing) with Allah’s help we will avert the situation”, Shah Mehmood said. 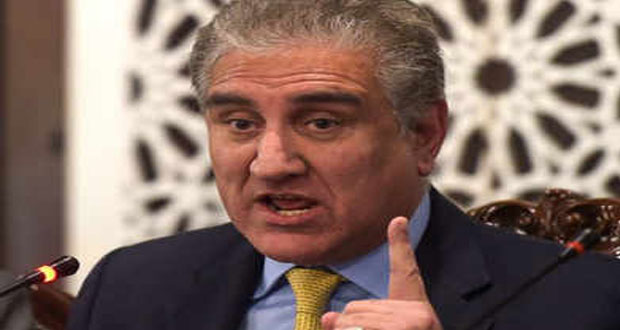 Expressing his thoughts on resentment and reservations showed by Information Minister Fawad Choudhary on Twitter over National Accountability Watchdogs (NAB), Shah reiterated PTI’s stance on ‘accountability of all’ and ‘corruption-free Pakistan’.

The foreign minister said that NAB is an independent institute which has no connection with the government.

However, Qureshi urged that NAB should help the government in its agenda of eradicating all corrupts involved in misappropriation of the national exchequer in the past irrespective of the political party they have affiliation with.