All Rumors Regarding Usman Buzdar Died Down:…

COLOMBO: At least two more blasts were reported in Sri Lankan capital as authorities have imposed a curfew within the city.

As per details, the bloodshed continues on the streets of Colombo as the death toll climbs to 187 and at least 500 others injured. At least eight blasts have been reported till now by the Sri Lankan media.

According to agencies, seventh and eighth blasts were reported in the suburbs of Colombo but initially, there was no loss reported initially. 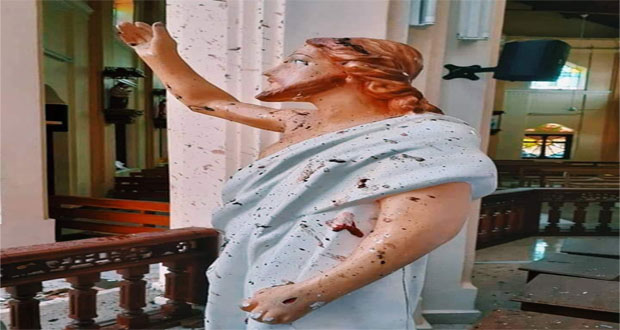 The Sri Lankan government has announced to impose a curfew after series of blasts from Sunday 6 pm till Monday morning. However, a public holiday has also been announced on April 22 and 23.