WASHINGTON: The members of the US Congress on Saturday penned a letter to US ambassador in India and Charge d’ Affaires, US Embassy in Islamabad over India’s “unacceptable actions” in occupied Kashmir.

As the communications blockade and curfew imposed in Indian Occupied Kashmir (IOK) enters its second month, the US Congress members hit out at New Delhi for its “unacceptable restrictions.”

In a letter, the US Congresspeople deemed the Indian government’s strong-arm tactics as a deeply ominous sign that is both incompatible with both democratic and human rights.

The letter, penned by Ilhan Omar, Raul Grijalva, Andy Levin, James McGovern, Ted Lieu and Alan Lowenthal, calls for the centrality of Kashmiri voices in determining the future of the Himalayan valley.

The elected representatives took note of complaints by Kashmiri-Americans of being unable to contact their loved ones inside IOK. 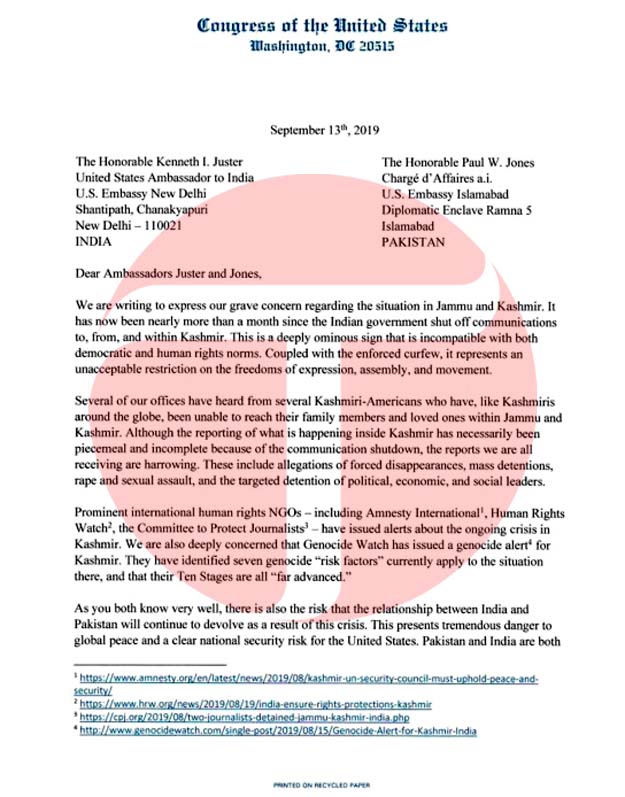 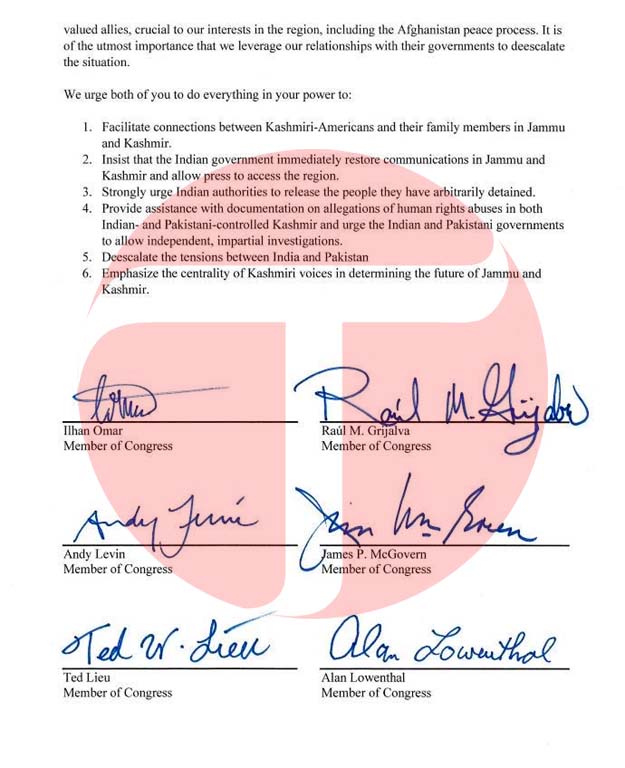 “The reports we are receiving are harrowing with the allegations including forced disappearances, mass detentions, rape and sexual assault, and the targeted detention of political, economic and social leaders,” the communique read.

They called for the Indian government to lift the communication blockade and allow press to access the area.

“We strongly urge India to release all those arbitrarily detained,” the letter stated, urging an impartial probe into human right violations in IOK.