US Failed To Report True Content Of Pompeo Talks: Turkey

ANKARA: Turkey on Thursday accused the US State Department of making false claims after a meeting between top US and Turkish diplomats to discuss tense ties between the NATO allies.

Washington and Ankara are at odds over issues including US support for a Syrian Kurdish militia viewed as terrorists by Ankara and Turkey´s purchase of a Russian missile system over US objections.

Turkish Foreign Minister Mevlut Cavusoglu and US Secretary of State Mike Pompeo held talks on Wednesday during the Turkish official´s visit to Washington as part of 70th anniversary celebrations of the NATO alliance.

The US State Department said Pompeo had warned Ankara of “devastating consequences” if Turkey launches an offensive in Syria and urged the “swift resolution” of legal cases involving US citizens and US mission employees under investigation in Turkey. 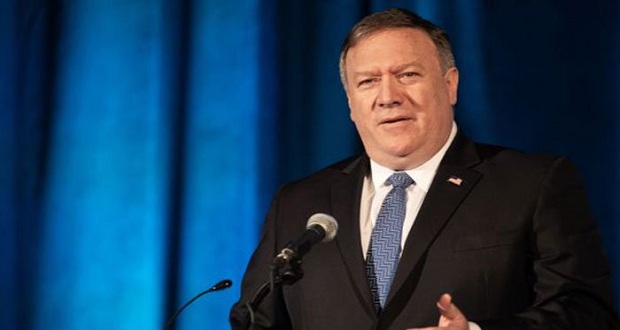 Pompeo also pressed Causoglu about Turkey´s plans to buy the S-400 missile defence system from Russia, which Washington has warned could put Ankara at risk of US sanctions, the State Department said in a statement.

But Turkish foreign ministry spokesman Hami Aksoy said on Thursday that the readout “not only fails to reflect the content of the meeting, but also contains matters that were not even raised during said meeting”.

It was not clear what “matters” Aksoy was referring to in his statement and foreign ministry officials were not immediately available for comment.

Aksoy said similar problems had arisen after previous talks, and urged statements to be prepared with “greater care”.

Ties have been frayed recently by Ankara´s purchase of Russian S-400 missiles, which US officials fear have technology that will allow Moscow to gather data from NATO aircraft.

The US wants Turkey to instead opt to buy the US Patriot system.

Washington responded earlier this week by suspending Turkey´s participation in the F-35 fighter-jet programme, in which Turkey has invested over $1 billion.

In a PBS Newshour interview broadcast on Wednesday, Cavusoglu said Ankara proposed “to form a technical working group and to examine” any US concerns over the S-400s.