Imran Khan Announces To Quit From All…

Speaking in the party’s youth convention here, he said that the institutions have to change their line of thinking, adding that the establishment and bureaucracy should know that it is the United States’ agenda to eliminate Islam.

He said that the influence of immoral civilizations must be halted and the Pakistani youth are not a product of a depraved society. The JUI-F leader told youth to be ready to take stern decisions.

“There is a reason behind our silence. The seminaries are ready to come under national ambit when the rulers come under Islamic ambit,” he said. 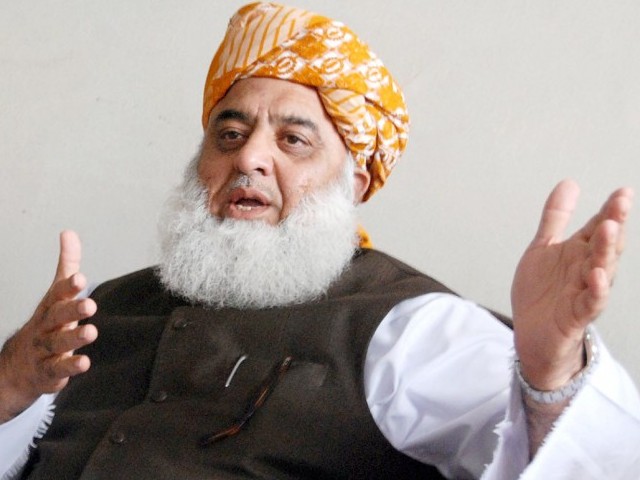 Taking a jibe at the Khyber Pakhtunkhwa government, he said that the provincial government gives Rs 30,000 to singers, but have promised only Rs 10,000 to the mosque clerics. “The clerics have rejected their money,” he said.

The JUI-F leader said that it was the US desire to minimize the role of religious seminaries post 9/11. He criticized Darul Uloom Jamia Haqqania Akora Khattak for taking monetary grants from the KP government.

“It is commonly known that people give money to get tickets to contest elections, its interesting to see that the Darul Ullom Haqqania are getting both, ticket and money. They are now not eligible to request donations from the people.”

Fazal Sees Next Election Will Be Held on Time