Fazal Says Batons To Be Used In…

PDM Has Crossed All Limits In Country’s…

Wife of Army officer Requests COAS to Trace Her Husband

According to his family, Lieutenant Colonel (retd) Zahir went to Nepal looking for a job. Zahir left for Nepal on April 5 and the next day reached the country’s capital, Kathmandu. 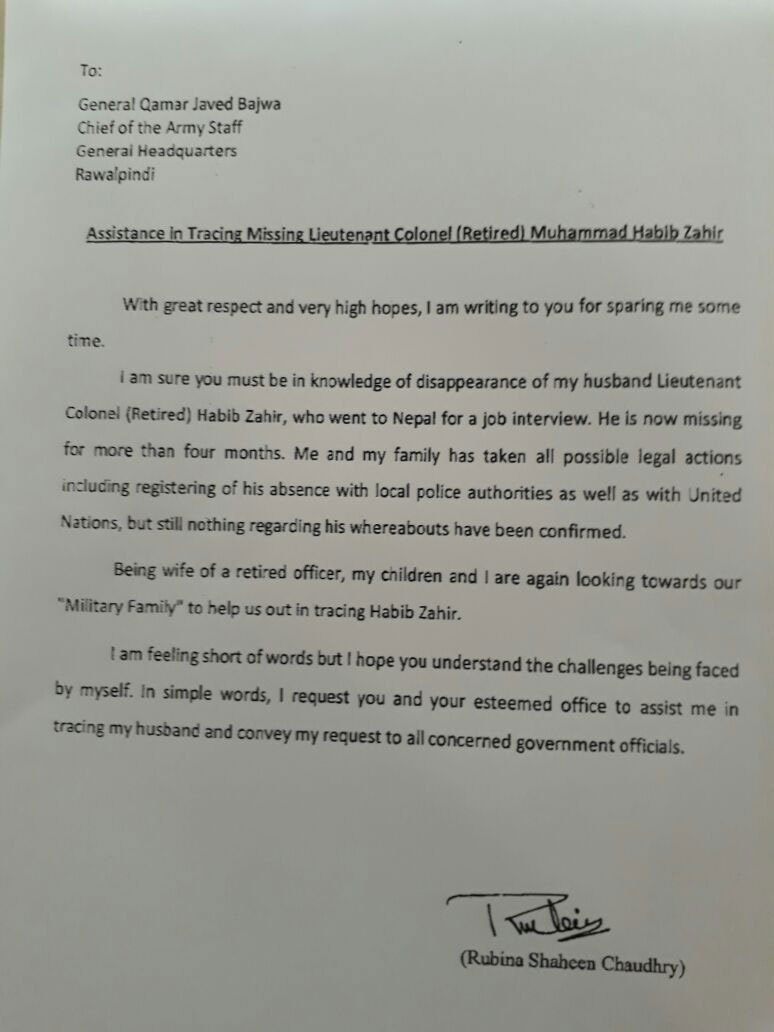 Thereon he went to Lumbini, which is about six kilometers from the Indian border. He contacted his family last on April 6 and after that, he could not be reached.