LONDON: New Zealand skipper Kane Williamson has won the toss and opted to bat first against hot favourites and hosts England in the final of ICC World cup 2019 here at Lord’s stadium.

The toss was delayed by 15 minutes previously owing to rain here in London. However, proceedings have resumed after the clouds discontinue their looming.

The world awaits a new champion to be crowned at the end of the clash as both hosts and visitors Kiwis have not won an ICC ODI World Cup tournament.

Addressing a presser at Lord’s on Saturday, the Kiwis skipper said: “Instead of adapting presumptuousness, we will go out to play good cricket and unleash everything we have to win the finals”.

Kane has two centuries and two fifties to his name in the World Cup, becoming the highest run-getter for his side with 548 runs in only eight games. 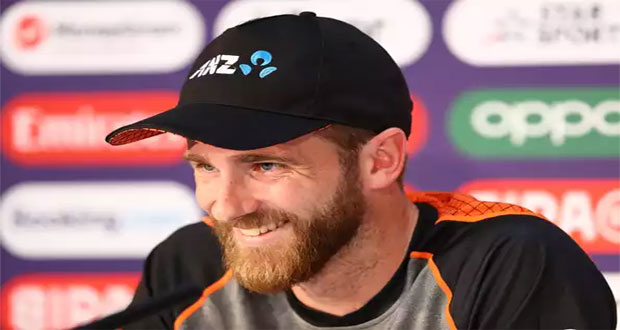 He has an astonishing average of 91.33 which reassures how important he is not only as a captain but also as the backbone of the batting unit of Black Caps.

Mentioning the pressure of the finals and 2015 venture against Kangaroos where Michael Clarke’s side defeated NZ in finals to win World Cup, he said: “A lot has changed in the New Zealand side over a period of four years. We want to win with positive intentions. Our side has learnt from the mistakes of the last World Cup”.

“Pressure is always on both sides. We will have to see which team handles it the best. Instead of focusing on winning, we will consider playing top cricket”, Kane Williamson concluded.

‘I’m Relaxed For Biggest Game Of My Life‘

Eoin Morgan, captain of the English side, had said that he is calm and relaxed ahead of the “biggest game of his life”.

He was talking to journalists at Lord’s on Saturday. 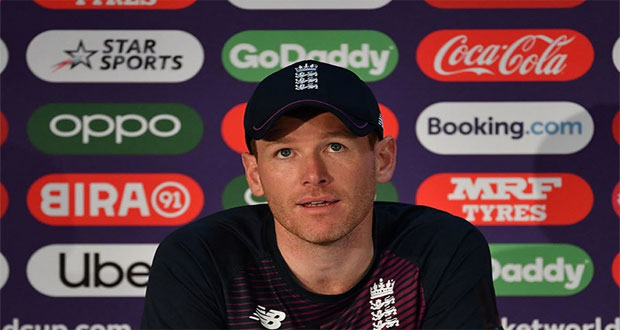 “New Zealand is a very dangerous side. Former NZ skipper Brandon McCullum was a top-class cricketer for his side and he is still a close friend of mine. I have learnt a lot from him about captaincy”, Eoin Morgan said.

Predicting that the World Cup finals may be a low-scoring game, he said that will be a thrilling game to watch.