Pakistan Is emerging As Attractive Destination For…

TIP Clarifies Over 2019 Report On Corruption

WEB DESK: Buoyed by composites technology and the world’s largest 3-D printer, the University of Maine (Orono, ME) launched itself into the record books as it unveiled the largest solid object ever produced by a 3-D printer.

The previous record-holder for largest boat created by a 3-D printer was a 4-foot rowboat.

Working from a blueprint, a computer-controlled “printer” makes three-dimensional objects by adding layers of liquid that harden as they cool. The 3-D boat printed at the University of Maine was created over three days in mid-September. 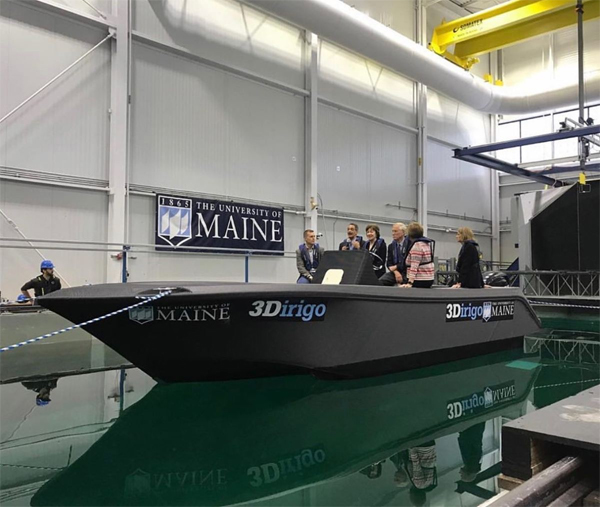 The printer cost $2.5 million, but the machinery, along with funds for installation, research and development and other costs were covered by the U.S. Army and the U.S. Army Corps of Engineers.

Habib Dagher, the composites centre director and a professor of structural engineering, said the university worked with local shipbuilders to develop the boat and potential uses for the technology.

He said the printer can be used to make moulds that boatbuilders can use when they make yachts and other watercraft, speeding construction time.

Having the world’s largest 3-D printer in Maine is “a huge win” for the state, said Steve Von Vogt, executive director of the Maine Composites Alliance.

He said the state is positioning itself as a leader in developing composites and manufacturing, and using a material that takes advantage of the state’s wood products industry makes it even more attractive. As manufacturers look for ways to produce items without plastics and other petroleum-based materials, he said, blends that use renewable resources will be more attractive.

Dagher said the printer, along with the opportunity to work in the centre of the composite, is attracting students to Maine.

About 160 students a year work in the centre, he said. Thirty or so worked on the boat project, he said, with tasks ranging from setting up the printer to overseeing the printing of the boat itself.

“It’s beyond what you would ever get in the classroom,” Dagher said.

The composites centre is attracting college students to the state, Dagher said, which, in the long term, could help counteract the ageing of the state’s populace. Maine has the highest median age in the country.